The Buddhist Council of Wales has been informed via the Interfaith Council about two forthcoming major exhibitions at the British Museum exploring spiritual journeys. 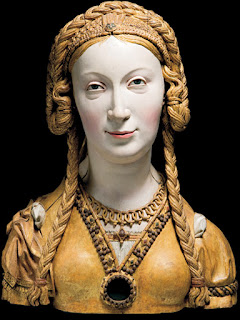 Treasures of Heaven: saints, relics and devotion in medieval Europe
23 June – 9 October 2011
This exhibition brings together for the first time some of the finest sacred treasures of the medieval age. It features over 150 objects drawn from over 40 European church treasuries, including the Vatican, museums in the USA and the British Museum’s collection. The exhibition focuses on the peak of the practice of venerating relics in medieval Europe, and objects include relics of the Holy Thorn, fragments of the True Cross, the breast milk of the Virgin Mary, reliquaries made to hold relics of St Thomas Becket, and the hair of St John the Evangelist.

The Hajj: journey to the heart of Islam
26 January – 15 April 2012This exhibition will explore the sacred pilgrimage to Mecca, known as Hajj. Objects from the UK, Middle East, Africa and Europe will reveal the purpose, history and context of this significant journey for Muslims, from its beginnings to the present day. Discover the rituals that take place, the experiences of the pilgrims and the sheer operation behind this extraordinary and peaceful event which attracts over three million pilgrims each year.

will be visiting UK and giving teachings at

SAT 25th 10am to 12 am The Essence of all Dharma (according to Jamgon Kongtrul Lodro Thayes Instruction)
SAT 25th 2pm to 4pm Teaching on the Doha by 12th Chamgon Kenting Tai Situpa
Suggested donation to each session is £15.
Venue: 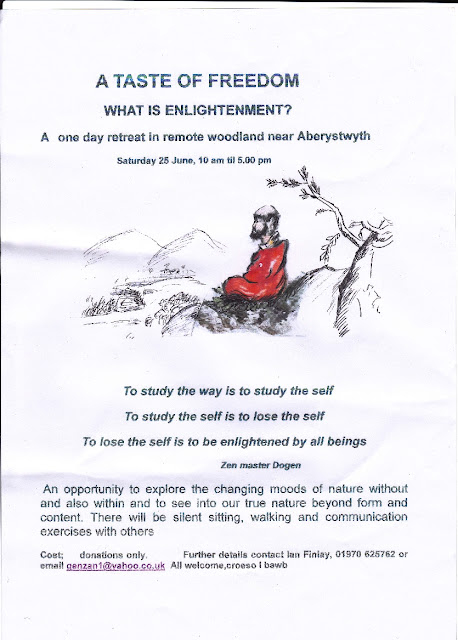 A final year student of psychology is looking for volunteers to help with a study on mindfulness.  Please contact her if you are interested in taking part.  The questionnaire is quite short and easy to complete.  If you would like to help please email Claire Cotterill: cotteri2@uni.coventry.ac.uk
She says:

"I am a final year Psychology student at the University of Coventry. I am doing some research to ascertain whether being mindful (as gained through meditation practice) helps to reduce social anxiety, a common mental health problem.

To date I have collected data from over 170 people, but only 6 participants have had any prior experience of meditating, so it is difficult to demonstrate whether meditating reduces social anxiety. I was wondering if you would mind disseminating this research to your members / sangha?

The questionnaire take no longer than 10 minutes to complete and in terms of data protection I don’t actually need participants to type their names on the consent form if they don’t want to (although I do need to know age, sex and mindfulness experience)."

Email ThisBlogThis!Share to TwitterShare to FacebookShare to Pinterest
Labels: enquiries

Opening of the Fourth Assembly

Yesterday Ngakma Nor'dzin attended the opening of the Fourth Assembly at the Senedd in Cardiff Bay. The 7th June started wet but brightened up by about 10 am. Her Highness the Queen, accompanied by the Duke of Edinburgh, Prince Charles and The Duchess of Cornwall, officially opened the Assembly.

After the opening ceremony the Royal party, government officials and guests enjoyed a delicious meal at the Millennium Centre.
No comments:

The Gwylnos of the Mace 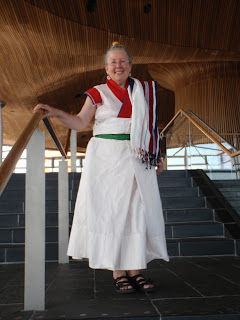 Ngakma Nor’dzin Pamo, Chairperson of the Buddhist Council of Wales, and her husband, Ngakpa ’ö-Dzin Tridral, represented the Council at this interfaith ceremony on the eve of the opening of the Fourth Assembly Government.

The Gwylnos ceremony, beautifully put together by the Reverend Aled Edwards – Chief Executive of Cŷtun, emphasised the aspiration of the National Assembly for sustainable development, equal opportunities and human rights within communities.

The seminar began with a highly personal and moving keynote speech by Omer Williams who works for the Welsh Assembly Government.  He talked of his travels after converting to Islam when he was 17 and of Islamaphobia. After this there were three short speeches from representatives of Christian Aid, Islamic Relief and Oxfam.  It was inspiring to hear of their work and aspirations.

There then followed a choice of two out of three workshops.  These were:
Choosing two was difficult as they all sounded interesting, but I decided on Faiths in the Media before lunch and Faith Tools and Resources after lunch.
Faiths in the Media was a slightly misleading title, as only one faith was looked at: the Muslim faith.  It was an interesting and informative workshop and I was shocked to discover quite how biased media reporting is towards a negative view of Muslims.  I was a little disappointed however that no other faiths were considered, though perhaps this was unrealistic to expect in the time available.

Faith Tools and Resources focused on One World Week.  It was more interactive than the previous workshop and included an exercise to guess from which religion came a set of scriptural quotations.  Working with my partner we only got three correct and I did not guess the Buddhist quotation correctly!  It was fascinating to see how similar were the messages of all the quotations.

I enjoyed the seminar and valued meeting new people from different organisations and faith groups.
No comments: