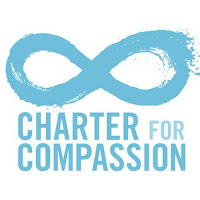 You can read about the Charter for Compassion by visiting here which also has links to sign the Charter and also to join the movement.
No comments:

We are pleased to invite you to participate in ‘Global Shanti’ – Amaravati Buddhist Heritage Festival, an initiative by the Government of Andhra Pradesh being held from November 24 – 26, 2017 in Vijayawada.

The festival is free entry and will feature three days of insightful speakers from across the Buddhist community, entertaining and educational musical and theatrical performances and a special exhibition on the Buddhist heritage sites and art of Andhra Pradesh.

Planned two weeks prior to Bodhi Day, we hope to achieve the largest ever gathering of Buddhist followers and supporters performing together a chant for world peace. Led by esteemed guests of honor from all three rafts, Theravada, Vajrayana and Mahayana, the chant will unite Monks, Bhikkhunis, lay Buddhists and people of all faiths across the globe. For organizations and individuals that are not based in India and unable to travel, we would like you to connect and unite with us on the digital platform at the designated time for the global chant. Our efforts are to achieve a world record to have the largest participation in a chant for the noble cause of attaining world peace.

As part of the festival, curated tours will be run across the state at a nominal fee. Andhra Pradesh has 200+ important Buddhist sites dating back to the 3rdCentury B.C. and is an important center for pilgrimage and study. The state is home to The Great Buddhist Stupa in Amaravati which is the largest in India. Close by is the Nagarjunakonda island, an ancient center of Buddhist learning, which houses 2000-year old Relic Caskets and beautiful sculptural Buddhist Art. There are many other magnificent stupas, vihara complexes and Chaityas Rock-cut caves bursting with fascinating history, all within close reach of the festival.

At present, we are gathering numbers and availability of interested organisations. With further information about the festival being disseminated   in the coming weeks along with a call for volunteers and submissions for short plays, musical performances and talks.

Our company Fountainhead MKTG, part of the Dentsu Aegis Network, has the privilege of being commissioned by the Tourism Authority of the Government of Andhra Pradesh to organize the event. We have been building memorable events since 1995 and are also producing several other events over the coming months celebrating the rich cultural history of the state of Andhra Pradesh.

Please register your interest either by replying to this email or filling the online form on the link below. Please state estimated number of participants and if you would be joining in person for the festival, joining the chant online or both.

We look forwards to welcoming you.

Link to online form
No comments:

The following events were attended by a Buddhist Council of Wales representative:

The Buddhist Council of Wales autumn meeting is tomorrow, 23rd September at 10:30.
It is being hosted by University of Wales Trinity St David's, Lampeter. Meet at Reception.Please join us if you are interested in the work of the BCW.
No comments:

Lama Khemsar Rinpoche's scheduled teaching visit to Swansea in September has been postponed.

New dates will be announced as soon as possible. 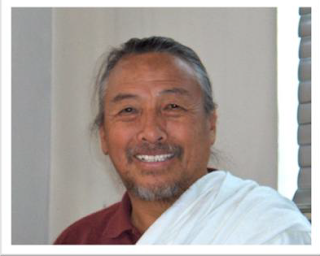 Lama Khemsar Rinpoche is one of the few teachers of Yungdrung Bon Buddhism teaching in the West.
He is a non-sectarian liberal teacher who teaches spiritual knowledge rather than dogma.
Yungdrung Bon Buddhism is the original spiritual tradition of Tibet taught by Buddha Tonpa Shenrab.
His teachings are based on Theg-pa chhen-poi Lam (Mahayana) approach of practising
indiscriminate love and compassion towards all sentient beings.


More details at www.yungdrungbon.com
No comments:

Join us for our Dharma service which will include chanting from the Lotus Sutra and hoza (Dharma sitting).

For further information please email Rissho Kosei-kai of the UK.