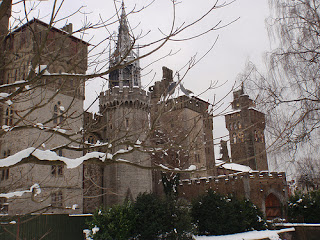 The photograph of Cardiff Castle was taken by 'ö-Dzin in December.  Nor'dzin believes that the tour walked up the steps of the circular tower to access the Marquis of Bute's bedroom.